Ephesians 4:1-6 “As a prisoner for the Lord, then, I urge you to live a life worthy of the calling you have received. 2Be completely humble and gentle; be patient, bearing with one another in love. 3Make every effort to keep the unity of the Spirit through the bond of peace. 4There is one body and one Spirit – just as you were called to one hope when you were called – 5one Lord, one faith, one baptism; 6one God and Father of all, who is over all and through all and in all.”
-Paul’s teachings were often a revolutionary concept to the Grecian world. This command to be humble was one of them. In Greece, only the slaves were expected to be humble…Grecians considered it a disgrace for someone to show humility…it was pride that was applauded in that culture.
-I find it interesting that in our culture today, pride is often lauded over humbleness, but it is “candy coated” by words such as “high self esteem”. But when you get down to the root of the problem…this concept of trying to increase one’s self esteem is just an excuse to be prideful and to think yourself better than others. It teaches people to learn to rely on themselves, and not others or even God.
-However, Paul says we need to be humble, lowly. After all we are to be like Christ and Christ did not come to be served, but to serve and to give His life for us. We are all on equal footing before Christ…no one is considered greater than the other.
-Paul also urges Christians in this passage to be patient (long-suffering) and to be gentle (considerate toward others). What a revolutionary concept even in this culture today…to put others’ needs and feelings before our own! We are also to bear with one another in love, which essentially means we are to encourage each other and to carry each other through personal trials and suffering.
-Christians…we must protect our unity as Christians because Satan seeks to divide us. Satan uses one of the oldest war tactics in the book: divide and conquer. He attempts to create divisions among us, and when we are disunified we become weak and that’s when Satan comes in with the attack. You see, Satan knows that our potentialities are virtually endless when we are united as Christians under Christ. Our unity means power…and our power through the unity of Christ spells out defeat to the Enemy.
-It is the unity of God’s people which is a sign to the world of who Christ is. The more people united under one belief, the more “believable” our beliefs become to the world. Satan knows this and is doing everything he can to keep the body of Christ (the church) from being united by creating negative thoughts in the individual believers and a general sense of moral apathy and malaise within the churches. Satan suggests to individuals, “why bother going to church? Why bother ministering? It’s no use. People will just believe what they want to believe. Besides…you’re okay with God on your own. You don’t need to fellowship with other believers.” And then that person gives in to Satan’s suggestions and forsakes hearing the teachings in church…forsakes fellowship with other believers. Then that individual becomes divided from the rest of the body of Christ allowing Satan to attack that person through worldly influences.
-The same tactic is used on the church too. As long as churches continue to argue amongst themselves about petty issues, they will continue to be disunified which makes the church as a whole more vulnerable to Satanic attacks.
-Instead of giving into the disunity, the negative attitudes, and the feelings of moral and spiritual apathy, we Christians are to counterattack by stirring each other up toward love for each other and the lost. We are to speak good, encouraging words to each other and do good for one another as we see the coming of Christ nearing. When Christ returns to gather His church, we must be seen as blameless and righteous in His eyes…He gave His life up for us and labors our case daily before the Father…the least we can do is be peacemakers to our fellow brothers and sisters in Christ and to follow Christ and His commands to us.

Do we care about having our sins forgiven? 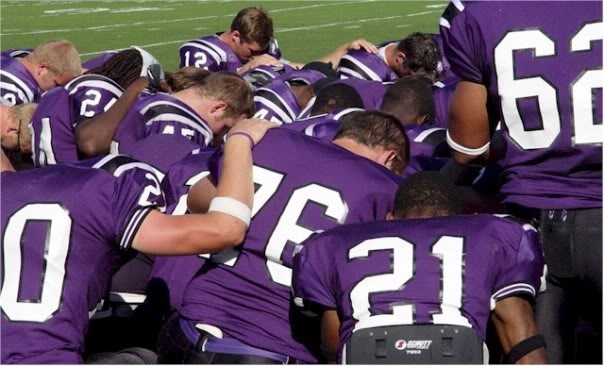 Do you have as much passion for Jesus as you do for football? 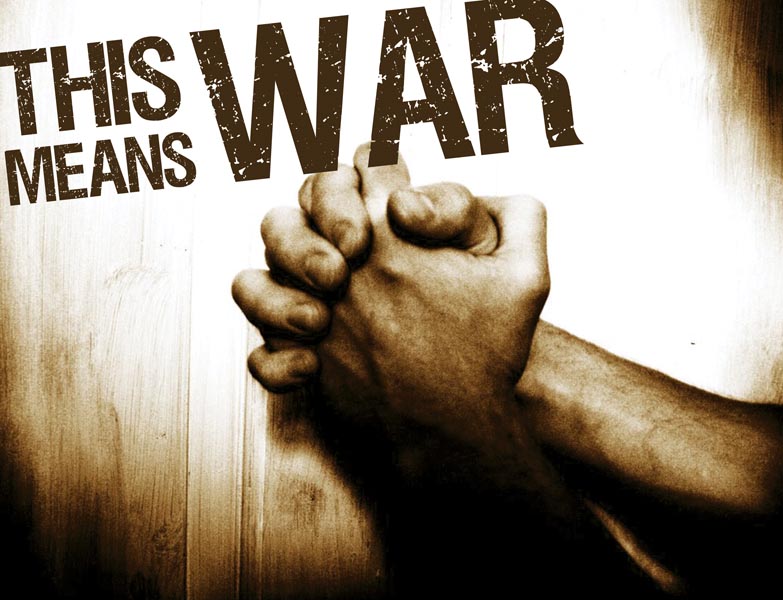 What is Spiritual Warfare?