Some verses that stuck out to me during my Bible time.
1 John 3:4-5 (NLT) Those who sin are opposed to the law of God, for all sin opposes the law of God. 5And you know that Jesus came to take away our sins, for there is no sin in him. 6So if we continue to live in him, we won’t sin either. But those who keep on sinning have never known him or understood who he is.
There is a difference between committing a sin and continuing to sin. Even the most faithful believers commit sins at times, but they do not cherish a particular sin and choose to commit it. A believer who commits a sin repents, confesses, and finds forgiveness. A person who continues to sin, by contrast, is not sorry for what he or she is doing. Thus, this person never confesses and never recieves forgiveness. Such a person is in opposition to God, no matter what religious claims he or she makes.
Because Jesus lived a perfect life and sacrificed Himself for our sins, we can be completely forgiven. We can look back to his death for us and know that we need never suffer eternal death (1 Peter 1:18-20).
1 John 3:8-9 But when people keep on sinning, it shows they belong to the Devil, who has been sinning since the beginning. But the Son of God came to destroy these works of the Devil. 9Those who have been born into God’s family do not sin, because God’s life is in them. So they can’t keep on sinning, because they have been born of God.
We all have areas where temptation is strong and habits are hard to conquer. These weaknesses give satan a foothold in our lives, so we must deal with our areas of vulnerability. If we are struggling with a particular sin, however, these verses are not directed at us, even if at the time we seem to keep on sinning. John is not talking about people whose victories are still incomplete; he is talking about people who make a practice of sinning and look for ways to justify it. Three things can be used to find vicotry over prevailing sin: 1) seek the power of the Holy Spirit and plug into God’s Word; 2) stay away from tempting situations; 3) seek the help of the body of Christ–be open to their willingness to hold you accountable and to pray for you.
“They can’t keep on sinning” means that true believers do not make a practice of sinning, nor do they become indifferent to God’s moral law. All believers still sin, but they are working to gain victory over sin.
1 John 3:12-13 We must not be like Cain, who belonged to the evil one and killed his brother. And why did he kill him? Because Cain had been doing what was evil, and his brother had been doing what was right. 13So don’t be surprised, dear brothers and sisters, if the world hates you.
Cain killed his brother, Abel, when God accepted Abel’s offering and not his (Genesis 4:1-16). Abel’s offering showed that Cain was not giving his best to God, and Cain’s jealous anger drove him to murder. People who are morally upright expose and shame those who aren’t. If we live for God, the world will often hate us, because we make them painfully aware of their immoral way of living.
1 John 3:19-20 It is by our actions that we know we are living in the truth, so we will be confident when we stand before the Lord, 20even if our hearts condemn us. For God is greater than our hearts, and he knows everything.
Many people feel guilty because they think they are not doing enough to show proper love for Christ. Their consciences bother them. John has these people in mind in these verses. How can we escape the gnawing accusations of our consciences? Not by ignoring them or rationalizing our behavior but by setting our heart on God’s love for us. When we feel guilty, we should remind ourselves that God knows our motives as well as our actions. His voice of assurance is stronger than the accusing voice of our conscience. If we are in Christ, He will not condemn us (Romans 8:1; Hebrews 9:14-15).

What is Hindering Us?

Being an effective leader (Part 2) 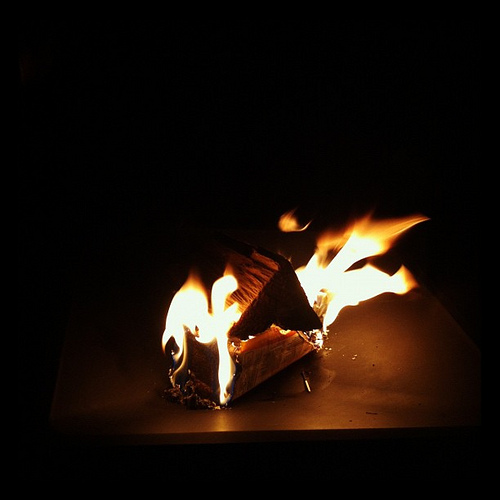 Fanning the Flames of Passion for God