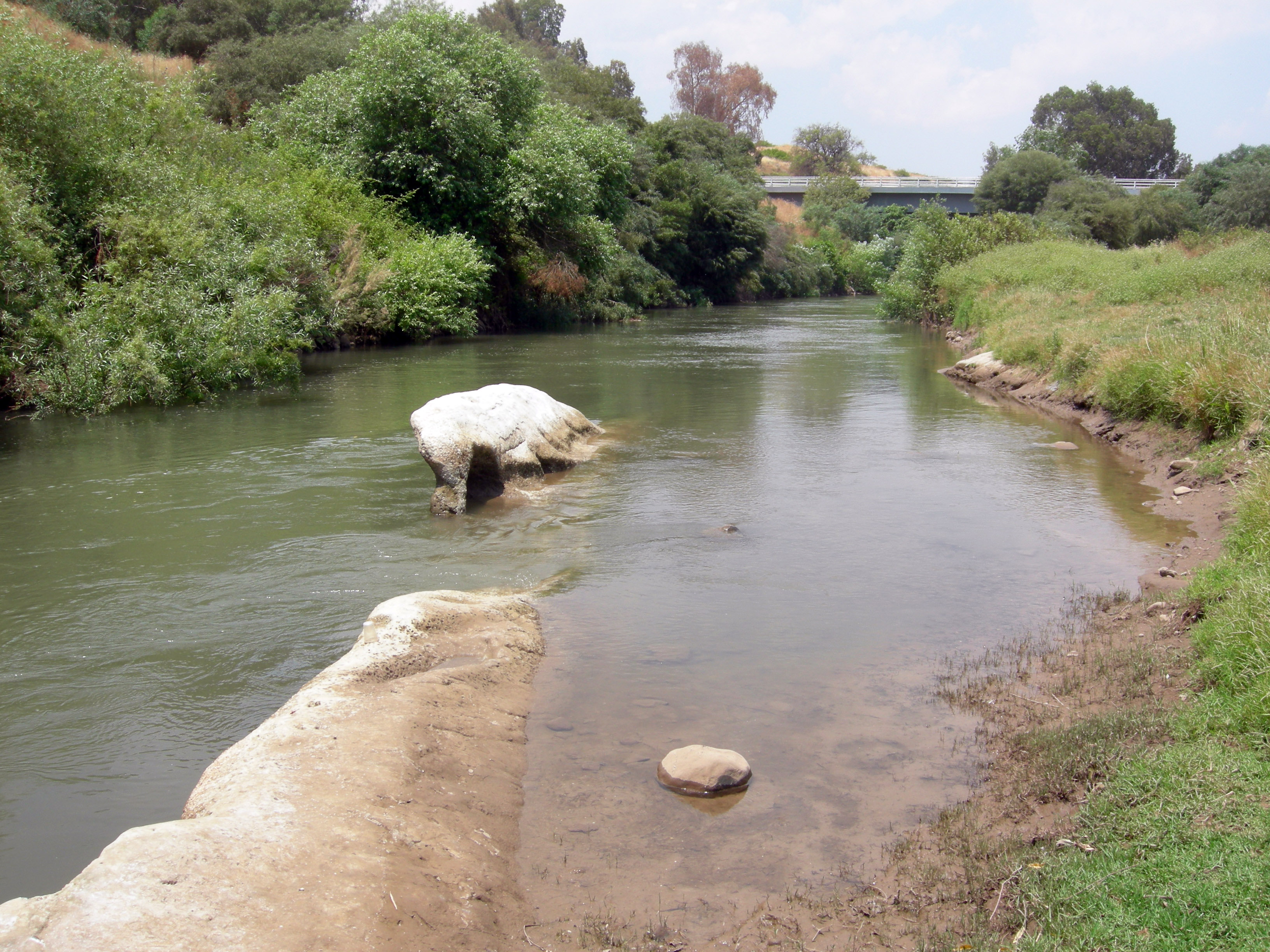 This morning while reading the Bible I came across the story of Naaman, a commander of an army who also had leprosy.  He does what any of us would probably do when facing such a severe disease, he turned to God.

But Elisha sent a messenger out to him with this message: “Go and wash yourself seven times in the Jordan River. Then your skin will be restored, and you will be healed of your leprosy.”
But Naaman became angry and stalked away. “I thought he would certainly come out to meet me!” he said. “I expected him to wave his hand over the leprosy and call on the name of the Lord his God and heal me! Aren’t the rivers of Damascus, the Abana and the Pharpar, better than any of the rivers of Israel? Why shouldn’t I wash in them and be healed?” So Naaman turned and went away in a rage.
But his officers tried to reason with him and said, “Sir, if the prophet had told you to do something very difficult, wouldn’t you have done it? So you should certainly obey him when he says simply, ‘Go and wash and be cured!’”  So Naaman went down to the Jordan River and dipped himself seven times, as the man of God had instructed him. And his skin became as healthy as the skin of a young child’s, and he was healed!
— 2 Kings 5:10-14 (NLT)

I see this passage and am struck with the question, do I do the same thing?
He is struck with a disease and approaches God for healing, and the prophet gives him a simple answer. Go wash in the Jordan River.  His response is “No way!”  I can see at least three reasons in this passage as to why he said “no” at first.  And then I have to wonder if any of them are the reason I use to avoid doing what I am told to do.

“I thought he would certainly come out to meet me!” 2 Kings 5:11
Aren’t the rivers of Damascus, the Abana and the Pharpar, better than any of the rivers of Israel? Why shouldn’t I wash in them and be healed?” – 2 Kings 5:12

For from within, out of a person’s heart, come evil thoughts, . . . pride, and foolishness. All these vile things come from within; they are what defile you.” — Mark 7:21-23 NLT

Naaman wanted to receive the royal treatment, after all he was a commander of an entire army.  Yet when the prophet simply sends him a message with instructions, Naaman is greatly offended.  Instead of taking to heart what he was told to do, he lets his ego get the better of him and he walked away bitter.
I know too many people that have walked away from God, bitter towards Him, simply because God acted in some way that we didn’t want and we refuse to be humble.
Naaman then used the excuse that there are better rivers than the Jordan, so why not just use them?  Have you ever been called to do something in an area that you did not like?  Who wants to minister in the slums when you can minister to Hollywood stars and football players, right?
We have to be careful to not let our pride get in the way of our mission.  Pride in ourselves or in what area of the world we minister in.  If God calls us to pass out tracks in the slums of our city, then passing out tracks in the better areas of town is not a compromise, it’s just plain disobedience.
Naaman was not going to be healed by the water in the Jordan itself, but by obedience and humility.

“I thought he would certainly come out to meet me!” he said. “I expected him to wave his hand over the leprosy and call on the name of the Lord his God and heal me! -2 Kings 5:11 NLT

I cannot count the number of times that I was disappointed because God did not act in the way that I, a mere human, wanted Him, the God of the universe, to act.  How silly is that?
We expect that when we pray for healing that God will instantly heal everything about us, or that if we pray for financial help that God will have someone send us enough money for everything we “need” to take care of.

But in reality God works in many different ways, sometimes subtle, but almost always in ways we never expected.
This week I have been praying for God to help us out financially.  Later I went to the store, and I saw a few movies that I really wanted.  Normally I would just get one and go on with my day.  I tried.  I stood in the movie section for ten minutes trying to decide which movie to get when it occurred to me, I didn’t really feel like buying a movie.  I wanted the movie, but the desire to actually spend money on it was gone.  In that way God helped me financially, not by giving me money like I wanted, but by helping me not be so stupid with the money He had already provided through my paycheck.
Don’t refuse to follow God or do what He commands you to do simply because it isn’t the way you wanted Him to help.

“Sir, if the prophet had told you to do something very difficult, wouldn’t you have done it? So you should certainly obey him when he says simply, ‘Go and wash and be cured!’” – 2 Kings 5:13

This one I have seen happen to people before.  They want to follow God in some really big important way, and until they are called to do something really big and important, they do nothing.
To accept the challenge to climb a mountain or donate a large sum of money to a cause makes us feel like we are actually doing something for God.  Why?  Because not everybody can do this.
We want to help others and serve God in some way that is unique and special, not just like everyone else can do.  Anybody could give a homeless person a few dollars, but we want to be the one to help get that homeless person back on their feet and into the life they used to have.
We want to be the one that flew to another country, went on a tour of Israel, and climbed a mountain to be closer with God.  It sounds impressive; very impressive.  Because it is not something that most people will ever do.  It shows that we have more dedication and commitment to God, that you are willing to sacrifice a lot for God.
But will you sacrifice the little things, every single day, for God?
Right now I’m using this excuse to avoid tithing.  Due to my current financial situation, I cannot give $100 a week in tithes and other charities like I used to do. So I haven’t been giving anything.  I could give $10, but that isn’t as impressive as what I used to do, it’s too easy.  So I do nothing.  Sacrificing ten dollars doesn’t show much dedication and sacrifice compared to one hundred.

Easy does not mean unimportant

Another reason why I think people do not do the easy things that God calls us to  do is because we feel like if it isn’t difficult then it isn’t important.  I can say that this is not true.
Giving a few dollars to a homeless man is important to him.  Reading your Bible every day may seem unimportant because of how easy it is, but it can have the single largest impact on your life.  Giving only $10 to Gospel for Asia is important for those people who are given a Bible or clean water because of that small donation.
Serving God is easy.  Follow Him, read the Bible, and follow what God tells you to.  It’s so easy that we think it is not important.  But it is important.  It is the most important thing we can do in our entire life.
Do you use any of these excuses to avoid following God?  What are you planning on doing about that?

What Kind of Christian Are You?